Another page added to the glorious saga of Hindu Vidyapeeth. Sheetal, a student of Hindu Vidyapeeth , Sonepat, became the only female cadet from Sonepat who has passed the NDA exam. She will reach the academy on 6th August 2022 in Khadakwasla, Maharashtra for her training. For this achievement, student Sheetal’s father, Mr. Ashok, accompanied her to meet the principal of Hindu Vidyapeeth, Ms Soni Rudra. Principal congratulated Sheetal and encouraged her to follow the path honestly and be duty-bound towards the country. 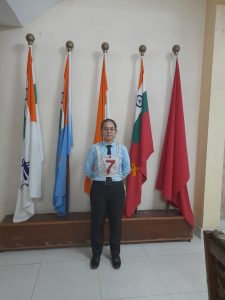 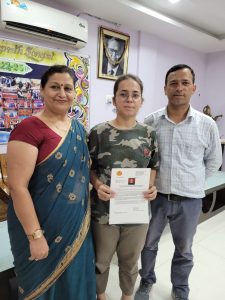